A private coal retirement pilot in the Philippines just reached financial close: What this means for “transition finance” in emerging markets 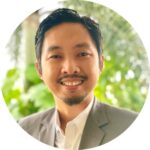 Back in May, CSV released an article outlining the case for coal retirement pilots at the asset level. We argued that pilots offer a practical way of generating live, real-world experience for how such transactions can actually be designed and executed to fit emerging markets and developing economies (EMDEs). We shared three principles that would be essential to get “coal retirement going”:

Since then, several developments have further raised the profile of Energy Transition Mechanisms (ETM), coal exits, and coal retirement in Asia. These include, among others, the Asian Development Bank’s (ADB) big push to roll-out its ETM with a focus on Indonesia by the G20 meeting in November; HSBC and Temasek’s USD 150M financing platform to catalyze up to USD 1B of capital flows toward sustainable and “transition-themed” infrastructure projects; and Brookfield Asset Management’s USD 15B Global Transition Fund seeking to transform high-emitting companies. Furthermore, instruments such as sustainability linked bonds (SLBs) are gaining traction, and “transition products” of international banks are also slowly becoming available for carbon-intensive corporates, in exchange for measurable progress towards transition.

The ambition and indicative scale of these initiatives describe how supply for “transition finance” may now be on an uptrend. However, the same cannot be said for the demand side, represented by the power plant owners themselves.

Actual deals and transactions which model how capital is effectively deployed against clearly set transition milestones are still sorely missing within the EMDE context. And, notwithstanding these large fund platforms, asset or portfolio level deals like these are critical to legitimizing coal retirement and replacement as a viable technical and financial approach in the eyes of power plant owners, investors, and regulators in EMDEs seeking to balance net-zero aspirations, value preservation, risk-reward, and grid security.

And this is why news of ACEN Corporation’s (ACEN) financial close of its own ETM in July 2022 is an important milestone for the coal retirement movement in the region. Early this year, ACEN announced the launch of its own ADB-inspired ETM seeking to program the accelerated retirement of its 246MW coal fired power plant (CFPP) owned and operated by its subsidiary, South Luzon Thermal Energy Corporation (SLTEC) located in Batangas, Philippines. SLTEC will be scheduled for retirement by 2040–15 years ahead of its expected end of technical life. It is a 6-year old plant and is ACEN’s last coal asset in its portfolio. ACEN’s ETM, which has a coal retirement component as well as a renewables investment component, is the result of several ongoing ESG-related initiatives the company is pursuing in its quest to be the largest listed renewable energy company in Southeast Asia.

The financial close of ACEN’s ETM demands attention for reasons that some practitioners and observers will probably find surprising. While the transaction is certainly unique (as every coal retirement deal should be), we elaborate on three features which are particularly noteworthy and encouraging for EMDEs looking for practical models for coal transition:

On the debt side, ACEN secured a PHP 13.7B (USD 249M at PHP 55 per USD 1) loan facility with Bank of the Philippine Islands (BPI) and Rizal Commercial Banking Corporation (RCBC) to (a) refinance SLTEC’s outstanding Php 9.8B (USD 174M)  loan facility (b) fund the partial redemption of capital in SLTEC held by ACEN, subject to regulatory approvals; and (c) finance other transaction-related expenses. ACEN, in turn, is set to use the proceeds of the equity redemption to reinvest in renewable energy projects.

On the equity side, ACEN (through its corporate vehicle ETM Philippine Holdings, Inc. (EPHI)) partnered with local insurance company Insular Life for a total value of PHP 3.7B (USD 67M at PHP 55 per USD 1) to complete the transaction. EPHI allows financial investors to invest in energy transition by accelerating the retirement of CFPPs, and to fund the development of new clean energy technologies. Similarly, proceeds from the equity sale will be used by ACEN to invest in new renewable energy projects.

The deal’s straightforward structure, however, leaves a lot to unpack. Firstly, on face value, it would appear that ACEN managed to successfully hurdle BPI and RCBC’s “no coal policies” which had previously already committed to stop or sunset any new coal-related loans by no later than 2032 and 2031, respectively.

In this case, it is clear that an exception or a calculated differentiation against “coal refinancing” was made in the spirit of positioning the loan facility to be the (last) one to effectively transition the asset to retirement, while at the same time supporting renewables development.

Added justification, we think, could include the fact that SLTEC remains a key asset in supporting ACEN’s baseload and mid-merit Meralco contracts, as renewables (and storage) projects are ramped up in the lead-up to the plant’s retirement.

Secondly, Insular Life’s participation in the transaction through the equity portion, at least in our view, demonstrates the importance of credibility in crowding-in equity investors to “believe” in a coal plant owner’s genuine ability to transition a plant towards retirement while still being able to deliver value during that same transition period–for which ACEN and the broader Ayala brand has the track record for. It also helps that the 18-year tenor between 2022 to 2040 matches the longer investment horizon of an insurance fund such as Insular’s. This is an instructive feature to consider for future transactions seeking to attract more fixed income oriented investors.

Lastly, CFPP valuations are already well below where they were 3-5 years ago when they were at around USD 1.8M per MW for a brownfield CFPP. If we were to take the gross proceeds of the transaction’s debt and equity at face value, the total amount received was PHP 17.4B (USD 316M), lower than what the plant could have fetched 3-4 years ago at ~USD 443M (at 246MW(net)). The decline in valuation may be attributed to investors’ shift away from fossil-fuel based generation, further complicated by the volatility of fuel prices, among others. Global coal prices continue to breach the $400-per-metric-ton level, way above the USD 60- to USD 80 per MT benchmark typically found in CFPP supply agreements.

While details are unavailable for the return expectations sought by the investors of the deal, ACEN opting to close the deal today at these levels would allow one to speculate that the principle of “shared pain for collective gain” was at work here.

In our opinion, ACEN’s decision to move past coal in this manner today and use the proceeds to generate more value from its deep pipeline of renewables projects—instead of holding on to some target value for its coal asset in the future that may not materialize—is a savvy way to reinforce and fuel its commitment to transition.

It did not take a massive transition fund, or even concessional or blended finance, to mobilize and close ACEN’s ETM–making it purely commercial.

Yet, to date they are largely untapped and side-lined in favor of higher profile regional or international transition investors. And in hindsight, it makes sense–who better than local investors to discern on a local asset owners’ sincerity and ability to transition a coal asset while delivering promised returns. This raises a completely new dimension to the coal transition discussion–how can we mobilize local debt and equity markets more effectively for transition finance? Can they be propped up and supported as leaders rather than followers in financing Asia’s energy transition?

3. Ensuring enough runway for a just and managed transition

There is some comfort, in our view, with SLTEC having an ~18-year runway to complete its transition. Again, let us recall that this is a 6-year old plant that, based on business as usual (or a particular view of the world), could have easily been operated up to 2055 based on its technical life. Let us also recognize that there is no precedent for such a transaction, particularly one set in a power-hungry and largely fossil-dependent economy like the Philippines. So ample allowance must be provided to figure out and implement an optimal approach to addressing the grid security as well as the employee, community, and key stakeholder aspects of the transition.

SLTEC’s new partners can then watch with eagle eyes as plans are hopefully introduced soon to follow-through on key KPIs around the retirement and the just transition.

While the region continues to push the agenda of ETMs, deals will inevitably come in all shapes and sizes, structures and business models. But what is important is that transactions are completed, lessons are learned and shared, and best practices are quickly adopted and implemented. The more visibility the regional and global power industry has on the viability of pilot deals like ACEN’s, the more confidence is built among power asset owners and investors to embark on an energy transition and “build something new without reinventing the wheel”.