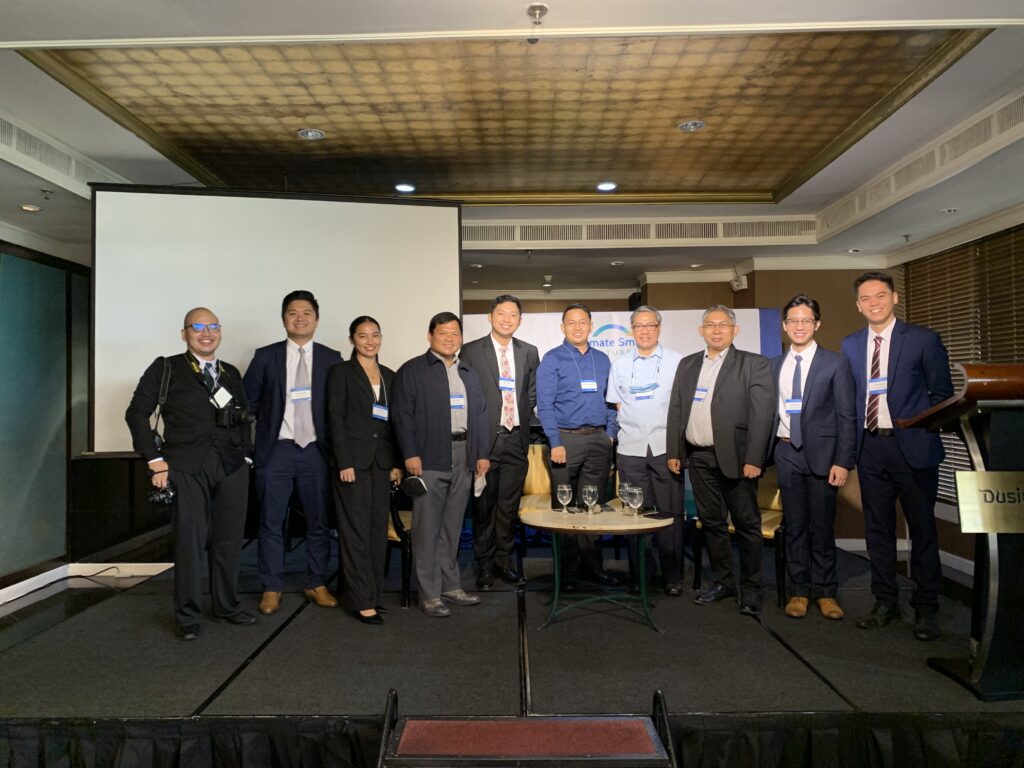 The CSV Project Team with the Panelists during the Report Launch Event at Dusit Thani Manila last November 10, 2022

On 10 November 2022, Climate Smart Ventures (CSV) launched its report entitled “Mainstreaming Renewables Through Storage in the Philippines: Scenarios to Accelerate the Energy Transition” at the Dusit Thani Manila. The report found that the Philippines is already ready to “firm-up” variable output from renewable energy (RE) with the use of battery energy storage systems (BESS) for all-day (baseload) or the majority of working hours in a day (mid-merit).

It can be recalled that CSV kicked off the report last June 2022 with the aim of uncovering technical, commercial/economic, and regulatory pathways for the mainstream adoption of energy storage in the Philippines to support the increased adoption of RE in the country. One of the main angles considered for the report is the feasibility and return expectations of solar projects and BESS (solar PV + BESS) in baseload or mid-merit contracts given recent trends in tariffs for recently awarded power supply agreements (PSAs) for on-grid and off-grid settings.

Since the Philippines launched its Feed-in-Tariff (FIT) program in 2010 followed by the Renewable Portfolio Standards in 2017, RE has enjoyed strong growth of 3.69% CAGR from 2008 to 2021. In the latest Philippine Energy Plan, the Department of Energy (DOE) emphasized that additional technologies such as BESS must be employed in order to complement the variability of solar, wind, and hydro, and for the country to achieve its stated RE targets. Long-term margins and profitability for RE projects are getting increasingly competitive as the Philippines pivots from a FIT-based to an auction-based program with individual auctions conducted by distribution utilities as well as by the DOE under its Green Energy Auction Program.

“The report reinforces DOE’s call for more investments into RE which allows for a faster transition from fossil fuels to 24/7 RE as CSV’s report confirms that RE + BESS is already feasible for both on-grid and off-grid applications, providing the lowest cost of power vs. all of the traditional fossil fuel generation technologies at current fuel prices for Coal, LNG, and Petroleum, where expensive diesel gensets are being subsidized,” says Hanzel Cubangbang of energy storage solutions provider, Fluence Energy. “In addition, Grid-connected BESS for Ancillary Services, behind-the-meter BESS for commercial and industrial (C&I) application, and BESS for Transmission & Distribution Enhancement will all play a significant role and will help Philippines achieve its clean energy goal of 35% and 50% RE share in 2030 and 2040, respectively.”

For on-grid applications, the report showed that baseload and mid-merit business models may not be competitive today but can compete with existing technologies in the coming years. Solar PV + BESS’ competitiveness is possible given the anticipated decrease in capital expenditures (CAPEX) associated with BESS technology in the medium-term. Major DUs can already expect an increasing number of RE developers to participate in more green energy auctions with more competitive tariffs and lower prices in the years to come.

For off-grid applications, solar PV + BESS is already competitive for baseload or mid-merit uses particularly for projects 11 MW and below. This is relevant for electrification of missionary areas covered by state-owned National Power Corporation (NAPOCOR). The true cost of electricity produced from aging diesel genset in these areas range from P11.37 to P23.37 per kWh. Power developers can now deploy smaller projects in these areas and displace diesel gensets, and still charge rates that are lower than prevailing tariff.

“The results of the report confirm our push that more RE and a faster energy transition while lowering costs of power generation is possible – allowing the Philippines to become a clean energy leader in Southeast Asia within the next 5 years,” says the Energy Regulatory Commission Director for Market Operations Service and Head of the Technical Working Group evaluating BESS applications Sharon Montañer.

“There is an extra value on being a first mover in any space – more so in pushing for a faster transition from fossils to RE to avoid exposure to fossil price volatility and decreasing margins due to more competition from local and international players,” says Lawrence Ang, Managing Partner of CSV. “Developers can further improve return profiles by mixing different contracts like baseload, mid-merit, and ancillary and types of on-grid and off-grid applications to get the best profitability for their portfolios.”

For a copy of the report presentation, kindly download here.